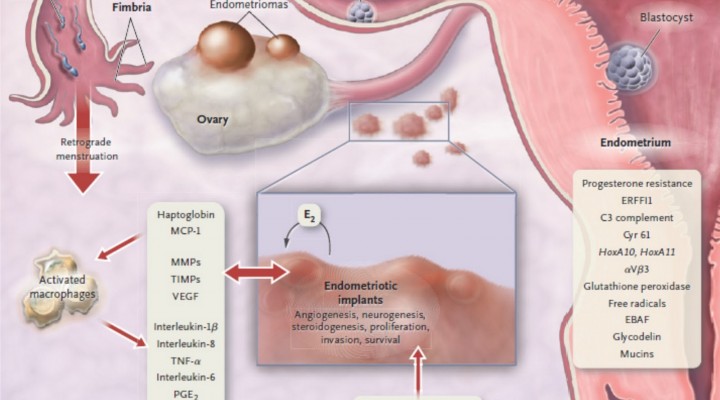 Pelvic inflammatory disease is important to avoid because it can result in infertility or complications during pregnancy. Prompt treatment of a sexually transmitted disease can help prevent PID.

Signs and symptoms of pelvic inflammatory disease may include:

PID may cause only minor signs and symptoms or none at all. Asymptomatic PID is especially common when the infection is due to chlamydia. The lack of signs and symptoms increases the likelihood that you’ll pass chlamydia to other sexual partners and suffer serious damage to your reproductive organs.

Go the emergency room if you experience the following severe signs and symptoms of PID:

Unsafe sexual practices that increase your likelihood of acquiring a sexually transmitted disease (STD) — such as unprotected sex with more than one partner — increase your risk of pelvic inflammatory disease. The most common bacteria that cause PID also cause gonorrhea and chlamydia.

Some forms of contraception may affect your risk of developing pelvic inflammatory disease. Contraceptive IUDs may increase your risk of PID, but barrier methods, such as condoms or diaphragms, reduce your risk. Use of the birth control pill alone offers no protection against acquiring STDs. But the pill may offer some protection against the development of PID by causing your body to create thicker cervical mucus, making it more difficult for bacteria to reach your upper genital tract.

Bacteria may also enter your reproductive tract as a result of an IUD insertion, childbirth, miscarriage, abortion or removing a small piece of tissue from your uterine lining for laboratory analysis (endometrial biopsy).

A number of factors may increase your risk of pelvic inflammatory disease, including:

WHEN TO SEEK MEDICAL ADVICE

See your doctor if you have signs and symptoms of pelvic inflammatory disease, including:

Genital sores or rash, discharge with an odor, painful urination, or bleeding between menstrual cycles also can indicate an STD. If these signs and symptoms appear, stop having sex and see your doctor soon. Prompt treatment of an STD can help prevent PID.

Doctors diagnose pelvic inflammatory disease based on signs and symptoms, a pelvic exam, an analysis of vaginal discharge and cervical cultures.

During the pelvic exam, your doctor uses a cotton swab to take samples from your vagina and cervix. The samples are sent to a laboratory for analysis to determine which organism is causing the infection.

To confirm the diagnosis or to determine how widespread the infection is, your doctor may advise a pelvic laparoscopy. During this procedure, your doctor inserts a thin, lighted instrument through a small incision in your abdomen to view your pelvic organs.

Untreated pelvic inflammatory disease may cause scar tissue and collections of infected fluid (abscesses) to develop in your fallopian tubes and damage your reproductive organs. Complications may include:

To prevent reinfection of PID, advise your sexual partner to be examined and treated. Avoid sexual intercourse until treatment is completed and tests indicate that the infection has cleared in all partners.

More serious cases
Outpatient treatment is adequate for treating most women with pelvic inflammatory disease. However, if you’re seriously ill, pregnant or HIV-positive, or have not responded to oral medications, you may need hospitalization. At the hospital, you may receive intravenous (IV) antibiotics, followed by oral antibiotics.

Surgery is rarely necessary. However, if an abscess ruptures or threatens to rupture, your doctor may drain it. In addition, surgery may be performed on women who don’t respond to treatment or who have a questionable diagnosis, such as when one or more of the signs or symptoms of PID are absent. In these cases, doctors often try antibiotic treatment before surgery, because of the risks of surgery.

Most cases of pelvic inflammatory disease can be prevented by safe sex practices. Proper use of condoms reduces, but doesn’t eliminate, the risk of contracting an STD. In addition to consistent, careful condom use, STD prevention is best achieved by mutually monogamous sexual relationships or abstinence.

If you practice high-risk sexual behaviors, have regular screenings for STDs. Your doctor can help you determine an appropriate screening schedule.

If you have pelvic inflammatory disease or an STD, advise your partner to be tested and, if necessary, treated. This can prevent the spread of STDs and possible recurrence of PID.