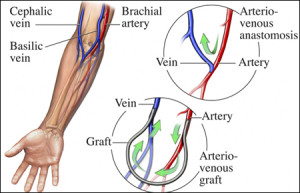 These researchers developed a way of self-assembling organic molecules such as proteins and peptides into complex, tubular, tissue-like structures that could stand in as arteries, veins and similar structures minus the use of moulds or techniques like 3D printing.

The study which was published in the journal Nature Chemistry, describes how peptides and proteins can be used to craft materials that display dynamic behaviors found in biological tissues such as growth, morphogenesis, and healing.

The method makes use of solutions of peptide and protein molecules that, when they touch each other, self-assemble to form a vibrant tissue at the point at which they meet. As the material assembles itself, it can be effortlessly directed to grow into multifaceted shapes.

This is not only useful for those who have suffered injuries. According to scientists, these engineering of tissues like veins, arteries, or even the blood-brain barrier,can also be used to study diseases like Alzheimer’s in conditions that are much closer to reality, which might then yield better treatments.

Additionally, the technique could also contribute to the creation of better implants, complex tissues, or more effective drug screening methods.

According to the Director of the Institute of Bioengineering at QMUL, Alvaro Mata, “What is most exciting about this discovery is the possibility for us to use peptides and proteins as building-blocks of materials with the capacity to controllably grow or change shape, solely by self-assembly.”

Furthermore, Karla Inostroza-Brito, PhD student and first author of the paper, stated that: “The system is dynamic, so it can be triggered on demand to enable self-assembly with a high degree of control, which allows the creation of complex shapes with a structure that resembles elements of native tissue.”

The study has been partly funded by the European Research Council (ERC Starting Grant STROFUNSCAFF).