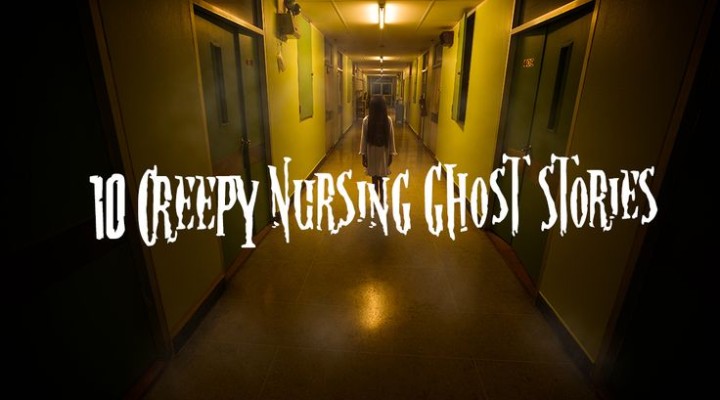 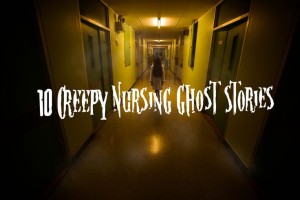 And just like that, it’s Halloween, again. But what’s Halloween without a good hair raising story to keep you up all night, right? Here’s a compilation of creepy nursing stories that will surely leave you feeling the Halloween vibe (even after Halloween season).

It’s the smells when I used to work night shift. When I would get to the middle of the hall around midnight or so, I would smell men cologne. The problem is, there was no male workers and I worked on the vent hall. I thought I was going crazy until my aide started smelling it, too. And the smell seemed to follow me. I worked in a geriatric facility, so people pass often and the smell was like one of those old spruce colognes or aftershave. Another smell was like that old hair paste that they used a lot in the 60s, it was strange. And every time, I would stop and look behind me.

At my current job, I have had some of the same experiences but now I have seen things. Like for example, I had a hospice patient that passed and she was still in the room awaiting family and I could have sworn I saw her looking around the corner. I almost peed my pants when I got up to see who was walking the halls and found no one there. But even though I have seen that, the smells are more disturbing because they happen more frequently. And they follow you. And most of the time – I am the only one who smells it so I don’t say anything to anyone anymore cause I end up looking crazy. Lol! I guess these experiences are just another part of the job. And they didn’t teach us this part. Lmao! –Nola Evans Brewer

We had a certain bed that everytime any new patient would be in it, they would claim to see children around or sitting on their bed yelling “get these children out of here or off my bed!”

We also had a nurse many moons ago who had a fear of flying and died in a plane crash while forced to transport a client by air. Since then, you can hear footsteps of her doing rounds at a certain time on night shift then the elevator would open. And her plaque (in memory of her) on the wall would move and get crooked.– Tracy Kmet

I have the same feeling during ICU duties. I heard someone called, but when I looked, I realized that my 3 patients were all intubated. – Angel Samson Salvadora

They don’t always happen at night

Night shifts is when we mostly happen to see or hear unusual things or sounds or get unknown feelings, but I had seen one of my patients from medical unit at mid-day. I even greeted her on my way to the hospital for duty. Later, my colleague told me that she passed away before night. May she rest in peace. I believe that I cared for her enough to let her greet me at daylight.– Nemo Lyn

“I do not believe in spirits”

I had always heard stories and very belligerently told the other staff I in no way, shape or form believed in spirits. I said it out loud, mocked them. And I was proven wrong. Between 2 and 4 am every night,I worked for more than 2 weeks. The girls weren’t playing tricks on me as they were just as freaked out! I ended up sobbing when the bingo ball roller spun on its own in my empty lounge. – Shannon Wesche Couch

The other Night Shift Nurse

My own true to life experience as a Night shift Nurse:

There was one night when I visited my patient at Rm.1 around 4am to get her vital signs and check her IVF (expected level was half liter of solution or around 500ml). I noticed that it was not flowing and turned to check that the IV Line was closed. I was thrilled when my patient’s significant other told me that someone already came inside the room an hour before I got there (around 3am) and adjusted the rate of the IV. More startlingly, the significant other asked me why the other nurse (dressed in white uniform) did not respond when she greeted her and came out of the room without saying something. I was completely terrified of what she said and I told her that I was the only nurse on duty for the whole night. We end up looking at each other’s faces and speechless. – Algin Aguilar

“Do you know Jesus?”

Oh, gotta share a spiritual event. Following the death of a dear sweet resident who, when alive, stopped every single person and asked “Do you know Jesus?” After she passed, there was a tree outside her window and an entire flock of birds flew into the sky. She was a strong Christian. Those birds I believe were spiritual. – Michelle Hanson

I had a young (35yo) patient in an isolation room one night up the end of the corridor. She buzzed me to tell me someone was in her room and standing at her bed and she was worried. Nobody was in the room. Nobody was in the corridor. Nobody was out of bed. Nobody was even able to independently mobilize on their own between the station and her room and nobody had gone past us. I brushed it off to settle her, but was thoroughly freaked out. Then two hours later I was doing her obs and we both saw the privacy curtain move and heard someone scream “DON’T! ” in the room. Neither of us were staying in the room after that.Serene Johnson

In need of prayer

We had a child who died from traumatic injuries. After the funeral home had come and gone, the cardiac monitor would not stop going off with perfect CPR disorganization, pause with Vtach to asystole every 2 minutes. We did everything but rip it off the wall to make it stop, and it would not. Chaplain was still there so I asked him to pray in the room. He did, and it stopped. Weird weird stuff. – Tami Uselton Hamill

I worked a night shift and sent my bed state to the manager including a little old man on the last bed in a four bedded room. After about an hour, I was making rounds and noticed that the last bed was empty but there was an imprint as though someone had laid on the bed. I searched the unit. And found no one fitting the description of the man I accounted for. I woke every patient and asked them if they had seen the old man or if they had laid in the bed. I got a no from every patient. Oh did I mention the ward was locked? So no one could have left. Scary. Crazy right? -Re Sammy